Ulv & Ugle, founded by Camilla Therese Karlsen in 2017, is a performingarts group that focus their work on samiculture.

The work of the company can be branded as contemporary circus and contain sami joik, storytelling, dance , juggling and acrobatics on the floor and in the air.

She belongs to the seasami tribe of northern norway, that works internationally as dancer, aerialist and acrobat.

After many years on stage as a physical artist she has started to explore how to combine it with traditional storytelling.

He belongs to sesami tribe of northern norway.

A young dynamic and multitalented artist. His focus is on music and joik, and has made great success with the band Resirkulert.

Read more about him here...

A force on the stage that takes audience with storm and wild laughter. This Colombian is a circus artist and physical actor, a dancer and a musician. He directs and performs, and has been given awards for his work on stage.

Read more about him here...

A young talented artist fresh out of the performing arts school Die Etage in Berlin. She has already worked with established theaters like Carte Blanche in Denmark, performing in the immersive performance-installation “Lyshus” made for "Århus 2017 - European Capital of Culture".

She is a juggler, mover and aerialist.

The first project of this fresh company is called "Eallin - Journey to Sáivu" and is based on old sami legends.

Camilla is the playwrite as well as choreographer of the show.

Joanna Bassi has been giving instructions on performance and staging.

Emil Karlsen has been composing joik and music. 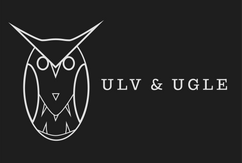 This webpage is owned and designed by Milla Entertainment, 9046 Oteren, Norway